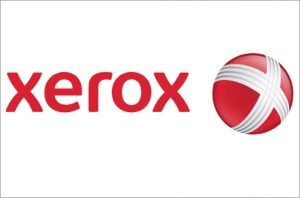 Xerox managed to register xerox.com on 09-Jan-1986 and became the 7th domain name.

Xerox Corporation is an American global corporation that sells business services and document technology products. Xerox is headquartered in Norwalk, Connecticut (moved from Stamford, Connecticut in October 2007), though its largest population of employees is based around Rochester, New York, the area in which the company was founded. The company purchased Affiliated Computer Services for $6.4 billion in early 2010. As a large developed company, it is consistently placed in the list of Fortune 500 companies. Researchers at Xerox and its Palo Alto Research Center invented several important elements of personal computing, such as the desktop metaphor GUI, the computer mouse and desktop computing. These concepts were frowned upon by the then board of directors, who ordered the Xerox engineers to share them with Apple technicians. The concepts were adopted by Apple and, later, Microsoft. With the help of these innovations, Apple and Microsoft came to dominate the personal computing revolution of the 1980s, whereas Xerox was not a major player.

Xerox was founded in 1906 in Rochester as The Haloid Photographic Company, which originally manufactured photographic paper and equipment.

In 1938 Chester Carlson, a physicist working independently, invented a process for printing images using an electrically charged drum and dry powder “toner”. However, it would take more than 20 years of refinement before the first automated machine to make copies was commercialized, using a document feeder, scanning light, and a rotating drum. Joseph C. Wilson, credited as the “founder of Xerox”, took over Haloid from his father. He saw the promise of Carlson’s invention and, in 1946, signed an agreement to develop it as a commercial product. Wilson remained as President/CEO of Xerox until 1967 and served as Chairman until his death in 1971. Looking for a term to differentiate its new system, Haloid coined the term Xerography from two Greek roots meaning “dry writing”. Haloid subsequently changed its name to Haloid Xerox in 1958 and then Xerox Corporation in 1961.

Before releasing the 914, Xerox tested the market by introducing a developed version of the prototype hand-operated equipment known as the Flat-plate 1385. The 1385 was not actually a viable copier because of its speed of operation. As a consequence, it was sold as a platemaker to the offset lithography market, perhaps most notably as a platemaker for the Addressograph-Multigraph Multilith 1250 and related sheet-fed offset printing presses. It was little more than a high quality, commercially available plate camera mounted as a horizontal rostrum camera, complete with photo-flood lighting and timer. The glass film/plate had been replaced with a selenium-coated aluminum plate. Clever electrics turned this into a quick developing and reusable substitute for film. A skilled user could produce fast, paper and metal printing plates of a higher quality than almost any other method. Having started as a supplier to the offset lithography duplicating industry, Xerox now set its sights on capturing some of offset’s market share. The 1385 was followed by the first automatic xerographic printer, the Copyflo, in 1955. The Copyflo was a large microfilm printer which could produce positive prints on roll paper from any type of microfilm negative. Following the Copyflo, the process was scaled down to produce the 1824 microfilm printer. At about half the size and weight, this still sizable machine printed onto hand-fed, cut-sheet paper which was pulled through the process by one of two gripper bars. A scaled-down version of this gripper feed system was to become the basis for the 813 desktop copier.