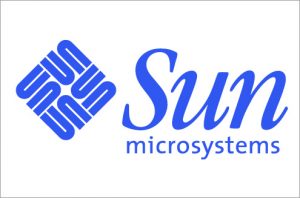 On March 19th, 1986, Sun Microsystems registered the sun.com domain name, making it one of the earliest Internet .com domains ever to be registered.

On January 27, 2010, Sun was acquired by Oracle Corporation for US $7.4 billion, based on an agreement signed on April 20, 2009. The following month, Sun Microsystems, Inc. was merged with Oracle USA, Inc. to become Oracle America, Inc. Sun products included computer servers and workstations built on its own RISC-based SPARC processor architecture as well as on x86-based AMD’s Opteron and Intel’s Xeon processors; storage systems; and a suite of software products including the Solaris operating system, developer tools, Web infrastructure software, and identity management applications. Other technologies include the Java platform, MySQL, and NFS. Sun was a proponent of open systems in general and Unix in particular, and a major contributor to open source software. Sun’s main manufacturing facilities were located in Hillsboro, Oregon, and Linlithgow, Scotland.

The initial design for what became Sun’s first Unix workstation, the Sun-1, was conceived by Andy Bechtolsheim when he was a graduate student at Stanford University in Palo Alto, California. Bechtolsheim originally designed the SUN workstation for the Stanford University Network communications project as a personal CAD workstation. It was designed around the Motorola 68000 processor with an advanced memory management unit (MMU) to support the Unix operating system with virtual memory support. He built the first ones from spare parts obtained from Stanford’s Department of Computer Science and Silicon Valley supply houses.  On February 24, 1982, Vinod Khosla, Andy Bechtolsheim, and Scott McNealy, all Stanford graduate students, founded Sun Microsystems. Bill Joy of Berkeley, a primary developer of the Berkeley Software Distribution (BSD), joined soon after and is counted as one of the original founders. The Sun name is derived from the initials of the Stanford University Network. Sun was profitable from its first quarter in July 1982.

By 1983 Sun was known for producing 68000-based systems with high-quality graphics that were the only computers other than DEC’s VAX to run 4.2BSD. It licensed the computer design to other manufacturers, which typically used it to build Multibus-based systems running Unix from UniSoft. Sun’s initial public offering was in 1986 under the stock symbol SUNW, for Sun Workstations (later Sun Worldwide). The symbol was changed in 2007 to JAVA; Sun stated that the brand awareness associated with its Java platform better represented the company’s current strategy. Sun’s logo, which features four interleaved copies of the word sun, was designed by professor Vaughan Pratt, also of Stanford. The initial version of the logo was orange and had the sides oriented horizontally and vertically, but it was subsequently rotated to stand on one corner and re-colored purple, and later blue.

The “bubble” and its aftermath

In the dot-com bubble, Sun began making much more money, and its shares rose dramatically. It also began spending much more, hiring workers and building itself out. Some of this was because of genuine demand, but much was from web start-up companies anticipating business that would never happen. In 2000, the bubble burst. Sales in Sun’s important hardware division went into free-fall as customers closed shop and auctioned off high-end servers. Several quarters of steep losses led to executive departures, rounds of layoffs, and other cost cutting. In December 2001, the stock fell to the 1998, pre-bubble level of about $100. But it kept falling, faster than many other tech companies. A year later it had dipped below $10 (a tenth of what it was even in 1990) but bounced back to $20. In mid-2004, Sun closed their Newark, California factory and consolidated all manufacturing to Hillsboro, Oregon. In 2006, the rest of the Newark campus was put on the market.

In 2004, Sun canceled two major processor projects which emphasized high instruction level parallelism and operating frequency. Instead, the company chose to concentrate on processors optimized for multi-threading and multiprocessing, such as the UltraSPARC T1 processor (codenamed “Niagara”). The company also announced a collaboration with Fujitsu to use the Japanese company’s processor chips in mid-range and high-end Sun servers. These servers were announced on April 17, 2007 as the M-Series, part of the SPARC Enterprise series. In February 2005, Sun announced the Sun Grid, a grid computing deployment on which it offered utility computing services priced at US$1 per CPU/hour for processing and per GB/month for storage. This offering built upon an existing 3,000-CPU server farm used for internal R&D for over 10 years, which Sun marketed as being able to achieve 97% utilization. In August 2005, the first commercial use of this grid was announced for financial risk simulations which was later launched as its first software as a service product.

In January 2005, Sun reported a net profit of $19 million for fiscal 2005 second quarter, for the first time in three years. This was followed by net loss of $9 million on GAAP basis for the third quarter 2005, as reported on April 14, 2005. In January 2007, Sun reported a net GAAP profit of $126 million on revenue of $3.337 billion for its fiscal second quarter. Shortly following that news, it was announced that Kohlberg Kravis Roberts (KKR) would invest $700 million in the company.