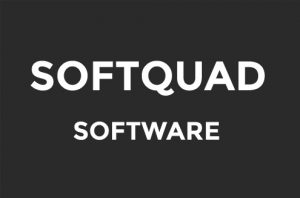 SoftQuad Software was a Canadian software company best known for HoTMetaL, the first commercial HTML editor. It is also known for Author/Editor, the first specialized SGML editor, and Panorama, the first browser plugin for SGML. Panorama demonstrated the need for standardization of SGML on the web, which eventually resulted in the development of the XML specification.  HoTMetaL was one of a series of applications created by SoftQuad for editing, viewing and publishing structured (SGML and XML) content. It was based upon a popular SGML Editor called Author/Editor and has since evolved into XMetaL.

SoftQuad Software, Ltd. develops XML authoring tools and e-commerce solutions for business. The Company’s XMetaL is an enabling technology for XML-based content applications in e-publishing, e-commerce, and knowledge management. SoftQuad’s MarketAgility is an XML-based content solution that enables the management and real-time delivery of product information to e-marketplaces.

SoftQuad started its life in 1984 as a technology-oriented spin-off of Toronto’s Coach House Press. Its founders were Yuri Rubinsky, David Slocombe and Stan Bevington.

SoftQuad was started in order to improve automated typesetting at Toronto’s Coach House Press, and for many years developed an enhanced commercial version of the text formatting program troff, developed under license from AT&T, called sqtroff. It was sold with a suite of associated programs, corresponding to AT&T’s Documenter’s Workbench, under the name SoftQuad Publishing Software (SQPS).

SoftQuad’s business headquarters was in Toronto. After SQPS was largely supplanted by Author/Editor as SoftQuad’s main product, product development was transitioned to the Vancouver area, retaining the Toronto team as combined professional services and customization development for Author/Editor and its associated software development kit, called “Sculptor”. This arrangement arose out of a highly coincidental reunion of Yuri Rubinsky (in Toronto) and his high school friend Peter Sharpe. Peter Sharpe led the development of Author/Editor.

By virtue of its early lead and its charismatic leader, Yuri Rubinsky, SoftQuad provided considerable leadership to the nascent SGML community. For example, Yuri Rubinsky was the first president of SGML Open.

Released in 1994, HoTMetaL was the first commercial HTML authoring product. SoftQuad was able to beat other products to the market by virtue of the fact that HTML was defined as an application of SGML. By virtue of this strong base and early lead, HoTMetaL became very popular as a tool for creating HTML web sites.

HoTMetaL was initially free, but a commercial version HoTMetaL Pro was soon released. Early versions of HoTMetaL ran on Windows and Unix. HoTMetaL Pro also ran on Macintosh, but by version 5, it was restricted to Windows.

On the basis of HoTMetaL’s early success, SoftQuad was able to go public on the NASDAQ stock exchange as SWEBF.

Over time, however, companies like Microsoft and Netscape increasingly saw HTML authoring tools as loss leaders to tempt web developers into their product suites. In addition, HoTMetaL adhered to the SGML philosophies that dictated that content should adhere to standards and that the structure and presentation of content should be separate. HoTMetaL was excellent at visualizing the structure of the content, and of enforcing the standards. But neither of these were as important to Web designers as “What You See Is What You Get” presentation of the content, which was better provided by products like DreamWeaver and FrontPage. In September, 1996, SoftQuad released HoTMetaL Intranet Publisher (HiP). HiP was essentially an Intranet Content Management System.

XMetaL was one of the first XML authoring products and has remained popular for almost a decade. Unlike tools like the popular XML Spy, XMetaL used a word processor metaphor and was designed to be used by writers and not programmers.

Along with Cisco and Hewlett-Packard, Microsoft was an early site-license customer for XMetaL and according to public reports, still uses XMetaL widely.