Public Interest Registry announced that there are over 8 million domain names registered as .org 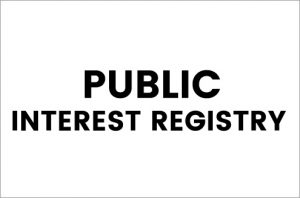 The Public Interest Registry announced that there are over 8 million domain names registered as .org, making it the third largest generic top-level domain.

In celebration of the 25th Anniversary of the introduction of Internet domains, .ORG, The Public Interest Registry is pleased to announce that the trusted .ORG domain is now home to over 8 million registrations. With a growth of 8.4 percent in 2009, the domain has officially cemented its place as the world’s third largest generic Top Level Domain (gTLD), according to the organization’s bi-annual “Dashboard” report.

Between the first .org domain registration, mitre.org (July 1985), to the 8 millionth registration, the world experienced a revolution thanks to the Internet. In the meantime, .ORG similarly established itself as the very heart and soul of the Internet community, becoming the address of choice for a vast array of non-commercial sites, including associations, individuals, families, groups, cultural institutions, wikis and even corporate philanthropic efforts. Since the Public Interest Registry (PIR) took over the management of the .ORG domain in 2003, the organization has emerged as an outspoken leader in the Internet community, frequently advocating on behalf of users, proposing innovative policies to curb domain name abuse, and implementing technical upgrades necessary for the future growth and stability of the Internet. As a result of PIR’s efforts and enhanced standing within the Internet community, .ORG has grown from 2.7 million registrations in 2002 to over 8 million today.

“Hitting the 8 million registration mark is a testament to both .ORG’s reputation and value to the Internet,” said Alexa Raad, CEO of .ORG, The Public Interest Registry. “.ORG is managed with the community in mind, connecting users not only to valuable content but also to each other in order to leverage the power of the Internet for a higher purpose. It’s that open, community-driven aspect that has appealed to our users for the past 25 years and will continue to drive our growth in the years to come.”

Recently, .ORG further protected its 8 million registrants and pioneered a way to upgrade the Internet infrastructure by becoming the first open, unrestricted gTLD to offer full DNSSEC deployment. Starting June 3, 2010, signed registrars can plan to offer an additional security service to the customers, including the ability to thwart the increasing predominance of attacks like pharming, cache poisoning, and DNS redirection that have been used to commit fraud, distribute malware, and/or identity theft.

As of June 2012, there are 10 million million registered .org addresses, which bring in an annual revenue of $65 million. The funds are used for operating costs and technical and organizational maintenance; the remaining funds are donated to ISOC.

On June 2, 2009, The Public Interest Registry announced that the org domain is the first open generic top-level domain and the largest registry overall that has signed its DNS zone with Domain Name System Security Extensions (DNSSEC). This allows the verification of the origin authenticity and integrity of DNS data by conforming DNS clients.

As of June 23, 2010, DNSSEC was enabled for individual second-level domains, starting with 13 registrars.

It conducted a survey of consumers in 2011 on how domain names are perceived by internet users. The survey found that 81 percent of Americans still rely on an organization’s website before Twitter or Facebook. It also suggested .ORG sites were seen as more trustworthy. Respondents were more likely to turn to .ORG websites in a crisis, more likely to post content on .ORG sites and to trust information on a .ORG domain. It also found that younger age groups were almost twice as likely to register a .ORG as Americans age 55-64.

A Bi-Annual report on the growth of .org showed that as of early 2013 there were 10.1 million .org registrations. The number of domains under management (DUM) grew by 4.3% in 2012, while the registrations in the second-half of the year increased by 11.9%; .ORG DUM have more than doubled during the past seven years, increasing from 3.9 million in 2005 to more than 10.1 million in 2012. Regsitrations experienced marked international growth from 2010 – 2012, Asia and the Australian Pacific grew by 47%, Africa by 23%, and Latin America by 25%.

Registration of .org had consistently grown by 9% to 10% annually for the past three years.