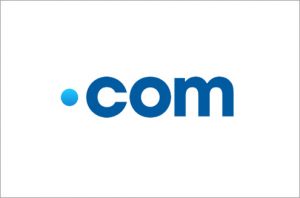 Domain names may seem to have been around forever, but the first .com name was registered just 27 years ago.

Symbolics.com was registered on March 15, 1985 by Massachusetts-based Symbolics Computer Corporation. No longer an active company, the domain name was sold to XF.com Investments for an unknown sum in 2009.

While the World Wide Web would eventually take the world by storm, it certainly didn’t happen in 1985 – by the end of that year, there were only four other .com domain names registered – BBN.com, Think.com, DEC.com and MCC.com.

It would take until late 1987 before 100 .com domain names were registered and by that time, even tech industry heavyweights such as Microsoft were yet to register their company name as a .com; with Microsoft not doing so until the first of May in 1991.

Ten years after the first registration, there were still only 120,000 .com domains- a drop in the ocean compared to the close to 100 million .coms registered today. Use of the World Wide Web didn’t start to blossom until the late 90’s and growth in the number of global Internet users would really start rocketing in subsequent years; with approximately 480% growth between 2000 and 2011.

According to Wikipedia, the oldest .org name will also celebrate its 27th birthday this year. Mitre.org’s registration occurred in July 1985 and the name is still registered to the Mitre Corporation – a  private, not-for-profit corporation providing engineering and technical services to the U.S. Federal government.

The oldest .com isn’t the oldest generic TLD however. On January 1, 1985; nordu.net was registered by the Nordic Infrastructure for Research & Education (NORDUnet). It would be nearly two years before the next .net registration would occur; which was nsf.net on November 1, 1986.