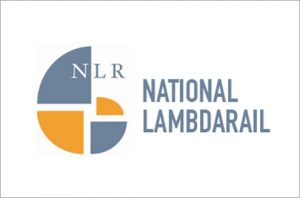 National LambdaRail, Inc. provides a network for a range of academic disciplines and public-private partnerships. It offers Lambda-based connectivity and transport services, an optical network infrastructure that provides services and applications for meeting the needs of network and scientific research projects; and Ethernet-based services that facilitate point-to-point and multipoint Ethernet transport. The company also provides IP-based services, including routed IP and IP VPN services that connect educational institutions with one another, as well as with various networks, such as regional, national, and international IP-based research and education networks; video-based collaboration services; Internet transit solutions; and co-location, cross connection, and interconnection services. It offers its services for exploration and discovery in the biomedical, engineering, network research, physics, and various disciplines at research institutions and federal agencies in the United States. The company was founded in 2003 and is based in Cypress, California.

The goals of the National LambdaRail project are:

NLR uses fiber-optic lines, and is the first transcontinental 10 Gigabit Ethernet network. Its high capacity (up to 1.6 Tbit/s aggregate), high bitrate (40 Gbit/s implemented; planning for 100 Gbit/s underway[when?]) and high availability (99.99% or more), enable National LambdaRail to support demanding research projects. Users include NASA, the National Oceanic and Atmospheric Administration, Oak Ridge National Laboratory, and over 280 research universities and other laboratories. In 2009 National LambdaRail was selected to provide wide-area networking for U.S. laboratories participating in research related to the Large Hadron Collider project, based near Geneva, Switzerland.

It is primarily oriented to aid terascale computing efforts and to be used as a network testbed for experimentation with large-scale networks. National LambdaRail is a university-based and -owned initiative, in contrast with the Abilene Network and Internet2, which are university-corporate sponsorships. National LambdaRail does not impose any acceptable use policies on its users, in contrast to commercial networks. This gives researchers more control to use the network for these research projects. National LambdaRail also supports a production layer on its infrastructure. Links in the network use dense wavelength-division multiplexing (DWDM), which allows up to 64 individual optical wavelengths to be used (depending on hardware configuration at each end) separated by 100 GHz spacing. At present,[when?] individual wavelengths are used to carry traditional OC-X (OC3, OC12, OC48 or OC192) time-division multiplexing circuits or Ethernet signals for Gigabit Ethernet or 10 Gigabit Ethernet.

In 2008, a company named Darkstrand purchased capacity on NLR for commercial use. By the end of the year the Chicago-based company was having trouble raising funding due to the Great Recession. On May 24, 2012 the NLR network operations center services were transferred to the Corporation for Education Network Initiatives in California. In October 2009 Glenn Ricart was named president and CEO. On September 7, 2010 Ricart announced his resignation.

In November 2011 the control of NLR was purchased from its university membership by a billionaire Patrick Soon-Shiong for $100M, who indicated his intention to upgrade NLR infrastructure and repurpose portions of it to support an ambitious healthcare project through NantHealth. The upgrade never took place. NLR ceased operations in March 2014.