The Internet (before the computer) 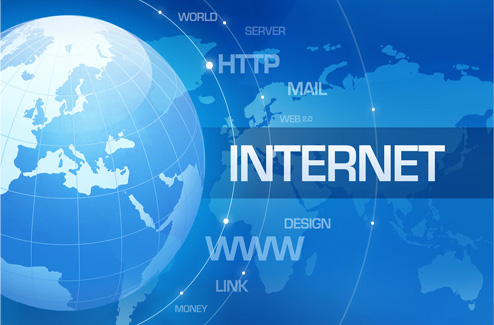 The Internet dates back to before the beginning of the last century, and inventions such as the telegraph system, telex and radio were all precursors of what we all now know, as the modern internet. The root of the digital internet were born inthe early 1960’s with the very first pioneers who laid down the foundation of the internet,email and domain names.

The prehistory of the Internet

Necessity is the mother of invention, and whenever we really need something, humans will find a way to have it.

That certainly seems to be the case with the Internet. There had to be an Internet sometime, because we, as a human species, have always had this deep desire to communicate, and to communicate over distance.

Thus, speech and language, our primary and oldest communication tools, have been with us since very early in our evolution. And, not long after, we developed written forms of communication, and began recording our thoughts and history on stone, papyrus, wood, cave walls, and any other means available. This is perhaps our primary activity as humans; in our essence we are communicating beings.

Well before the age of transport, we were looking at ways to communicate over distance. Some of our early methods were carrier pigeons, smoke signals, and morse code flags.

Then, as the age of transport, the industrial revolution and the beginnings of the information age came to us, we set about using the new tools and technologies available to us to further our capacity to communicate and to disseminate information.

The Internet as such couldn’t have existed without the big inventions of the 19th century – electricity and the telegraph. And, to a lesser degree, there was unlikely to be an Internet as we know it before there were the standard electronic broadcast media of radio and television. So the building blocks were the existing communications and broadcasting technologies. We’re not going to go into all of that – there are lots of other sources of information on Marconi, Alexander Graeme Bell, Tesla, and the other pioneers whose inventions the Internet rode on. But let’s focus in on the development of electronic networks, because here we begin to see the future shape of the Internet.

Electronic networks began with the telephone, or telegraph system as it was known in the beginning. Here the origins are pretty clear – the first line was built in 1844 from Washington to Baltimore. By 1858 a transatlantic cable was in place, and by 1861 – a mere seventeen years after the first connection – telegraph wires covered the USA.

As Marshall McLuhan notes in his 1960s classic, “Understanding Media”

“It is instructive to follow the embryonic stages of any new growth, for during this period of development it is much misunderstood, whether it be printing or the motor car or TV”.

For instance, the early motor car was called the horseless carriage – and most people of that day saw only that the motor vehicle would do what the horse and carriage had done before it. No-one was envisaging aeroplanes, long distance trucks, high speed highways and cars, intercontinental travel, and the other advances that came from this base discovery – people just looked at this as a way to get to town to go shopping.

However, even back then in 1863 we can see the very beginnings of thinking about how this new infrastructure might be used one day. In that year futurist Jules Verne, without a doubt the king of science fiction writing, told us of a future world where

“photo-telegraphy allowed any writing, signature or illustration to be sent faraway – every house was wired”.

Now that’s as good a description of what was to come as you can get! Jules Verne also anticipated the first trip to the moon, so he often talked of events and inventions well before they happened.

It was some time before people thought the telegraph system would be good for people talking to each other, and the word “telephone” evolved. That idea stuck for quite some time as the dominant purpose of these networks, but by the 1980s we were beginning to see some other uses for networks emerge.

Within 150 years of its first beginnings, the telegraph network infrastructure had become the biggest single connected construction on the planet – and off the planet as well! Just think of it: it wields its way across continents and under oceans in a massive encircling web of fibre, cables, wires, satelliture, and wireless connections. These connections carrying our profound thoughts, our wildest fantasies, our financial transactions, news, music, and just about anything we can express in words or written language.

The “telephone” network has only come of age since the Internet. Although digital lines that connect high speed Internet networks have been around since 1957, they were used predominantly for voice traffic, and later text based data. But it’s probably only a matter of time before we stop calling it the telephone network. To the children of the digital age, telephone doesn’t say much. The Internet is for information, communication, buying and selling, film, exchanging photos and music, sending messages, talking and messaging, all of the above and much more!