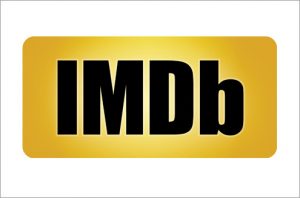 The Internet Movie Database (abbreviated IMDb) is an online database of information related to films, television programs and video games, including cast, production crew, fictional characters, biographies, plot summaries, trivia and reviews. Actors and crew can post their own résumé and upload photos of themselves for a yearly fee. U.S. users can view over 6,000 movies and television shows from CBS, Sony, and various independent filmmakers.

Launched in 1990 by professional computer programmer Col Needham, the company was incorporated in the UK as Internet Movie Database Ltd in 1996 with revenue generated through advertising, licensing and partnerships. In 1998 it became a subsidiary of Amazon.com, who were then able to use it as an advertising resource for selling DVDs and videotapes.

As of September 2016, IMDb has approximately 3.9 million titles (including episodes) and 7.4 million personalities in its database, as well as 67 million registered users. It is ranked 58 in Alexa Top Global sites ranking.

The site enables registered users to submit new material and request edits to existing entries. Although all data is checked before going live, the system has been open to abuse and occasional errors are acknowledged. Users are also invited to rate any film on a scale of 1 to 10, and the totals are converted into a weighted mean-rating that is displayed beside each title, with online filters employed to deter ballot-stuffing. The site also features message boards which stimulate regular debates among authenticated users.

IMDb originated with a Usenet posting by British film fan and professional computer programmer Col Needham entitled “Those Eyes”, about actresses with beautiful eyes. Others with similar interests soon responded with additions or different lists of their own. Needham subsequently started a (male) “Actors List”, while Dave Knight began a “Directors List”, and Andy Krieg took over “THE LIST” from Hank Driskill, which would later be renamed the “Actress List”. Both lists had been restricted to people who were alive and working, but soon retired people were added, so Needham started what was then (but did not remain) a separate “Dead Actors/Actresses List”. The goal of the participants now was to make the lists as inclusive as possible.

By late 1990, the lists included almost 10,000 movies and television series correlated with actors and actresses appearing therein. On October 17, 1990, Needham developed and posted a collection of Unix shell scripts which could be used to search the four lists, and thus the database that would become the IMDb was born. At the time, it was known as the “rec.arts.movies movie database”, but by 1993 had been moved out of the Usenet group as an independent website underwritten and controlled by Needham and personal followers. Other website users were invited to contribute data which they may have collected and verified, on a volunteer basis, which greatly increased the amount and types of data to be stored. Entire new sections were added.

Other demographic data, full production crews, uncredited performers were also added as the site grew. Needham’s group allowed some advertising to support ongoing operations of the site, including the hiring of full-time paid data managers. All the primary staff came (and still come) from the burgeoning computer industry and/or training schools and did not have extensive expertise in visual media.[citation needed] In 1998, unable to secure sufficient funding from limited advertising, contributions and unable to raise support from the visual media industries or academia, where Needham ultimately sold the IMDb.com site to Amazon.com, on condition that its operation would remain in the hands of Needham and his small cadre of managers, who soon were able to move into full-time paid staff positions.

The database had been expanded to include additional categories of filmmakers and other demographic material, as well as trivia, biographies, and plot summaries. The movie ratings had been properly integrated with the list data and a centralized email interface for querying the database had been created by Alan Jay. Later in 1993 it moved onto the World Wide Web (a network in its infancy at that time) under the name of Cardiff Internet Movie Database. The database resided on the servers of the computer science department of Cardiff University in Wales. Rob Hartill was the original web interface author. In 1994 the email interface was revised to accept the submission of all information meaning that people no longer had to email the specific list maintainer with their updates. However, the structure remained that information received on a single film was divided among multiple section managers, the sections being defined and determined by categories of film personnel and the individual filmographies contained therein. Over the next few years, the database was run on a network of mirrors across the world with donated bandwidth.

The website is Perl-based. As of May 2011, the site has been filtered in China for more than one year, although many users address it through proxy server or by VPN.

On October 17, 2010, IMDb launched original video (www.imdb.com/20) in celebration of its 20th anniversary.

As an independent company

In 1996 IMDb was incorporated in the United Kingdom, becoming the Internet Movie Database Ltd. Founder Col Needham became the primary owner as well as the figurehead. General revenue for site operations was generated through advertising, licensing and partnerships.

In 1998, Jeff Bezos, founder, owner and CEO of Amazon.com, struck a deal with Col Needham and other principal shareholders to buy IMDb outright for approximately $55 million and attach it to Amazon as a subsidiary, private company.[8] This gave IMDb the ability to pay the shareholders salaries for their work, while Amazon.com would be able to use IMDb as an advertising resource for selling DVDs and videotapes.

IMDb continued to expand its functionality. On January 15, 2002, it added a subscription service known as IMDbPro, aimed at entertainment professionals. IMDbPro was announced and launched at the 2002 Sundance Film Festival. It provides a variety of services including film production and box office details, as well as a company directory.

As an additional incentive for users, as of 2003, users identified as one of “the top 100 contributors” of hard data received complimentary free access to IMDbPro for the following calendar year; for 2006 this was increased to the top 150 contributors, and for 2010 to the top 250. In 2008 IMDb launched their first official foreign language version with the German IMDb.de. Also in 2008, IMDb acquired two other companies, Withoutabox and Box Office Mojo.

In 2006, IMDb introduced its “Résumé Subscription Service”, where actors and crew can post their own résumé and upload photos of themselves for a yearly fee. The base annual charge for including a photo with an account was $39.95 until 2010, when it was increased to $54.95. IMDb résumé pages are kept on a sub-page of the regular entry about that person, with a regular entry automatically created for each résumé subscriber who does not already have one.

As of 2012, Resume Services is now included as part of an IMDbPro subscription, and is no longer offered as a separate subscription service.

All volunteers who contribute content to the database technically retain copyright on their contributions but the compilation of the content becomes the exclusive property of IMDb with the full right to copy, modify, and sublicense it and they are verified before posting. Credit is not given on specific title or filmography pages to the contributor(s) who have provided information. Conversely, a credited text entry, such as a plot summary, may be corrected for content, grammar, sentence structure, perceived omission or error, by other contributors without having to add their names as co-authors. Due to the process of having the submitted data or text reviewed by a section manager, IMDb is different from database projects like Wikipedia, Discogs or OpenStreetMap in that contributors cannot add, delete, or modify the data or text on impulse, and the manipulation of data is controlled by IMDb technology and salaried staff. IMDb has been subject to deliberate additions of false information; in 2012 a spokesperson said: “We make it easy for users and professionals to update much of our content, which is why we have an ‘edit page.’ The data that is submitted goes through a series of consistency checks before it goes live. Given the sheer volume of the information, occasional mistakes are inevitable, and, when reported, they are promptly fixed. We always welcome corrections.”

The Java Movie Database (JMDB) is reportedly creating an IMDb_Error.log file that lists all the errors found while processing the IMDb plain text files. A Wiki alternative to IMDb is Open Media Database whose content is also contributed by users but licensed under CC-by and the GFDL. Since 2007, IMDb has been experimenting with wiki-programmed sections for complete film synopses, parental guides, and FAQs about titles as determined by  individual contributors.

IMDb does not provide an API for automated queries. However, most of the data can be downloaded as compressed plain text files and the information can be extracted using the command-line interface tools provided. Beside that there is the Java-based graphical user interface (GUI) application available which is able to process the compressed plain text files and allow to search and display the information. This GUI application supports different languages but the movie related data is in English, as made available by IMDb. A Python package called IMDbPY can also be used to process the compressed plain text files into a number of different SQL databases, enabling easier access to the entire dataset for searching or data mining.

In 2011, in the case of Hoang v. Amazon.com, IMDb was sued by an anonymous actress for more than US$1,000,000 due to IMDb’s revealing her age (40, at the time). The actress claimed that revealing her age could cause her to lose acting opportunities. Judge Marsha J. Pechman, a U.S. district judge in Seattle, dismissed the lawsuit, saying the actress had no grounds to proceed with an anonymous complaint. The actress re-filed and so revealed that the complainant is Huong Hoang of Texas, who uses the stage name Junie Hoang. In 2013, Pechman dismissed all causes of action except for a breach of contract claim against IMDb; a jury then sided with IMDb on that claim. As of February 2015, an appeal was filed. All claims against IMDB were dismissed by the court in March 2015, handing Hoang zero damages.

Also in 2011, in the case of United Video Properties Inc., et al. v. Amazon.Com Inc. et al., IMDb and Amazon were sued by Rovi Corporation and others for patent infringement over their various program listing offerings. The patent claims were ultimately construed in a way favorable to IMDb and Rovi/United Video Properties lost the case, though as of November 2014 it is on appeal.

On September 24, 2016, Governor Jerry Brown of California signed anti-ageism bill AB-1687 into law, which was primarily targeted at IMDb. This came after several months of intensive lobbying by SAG-AFTRA, Transchrono Awareness and others. It also followed at 2011 ageism lawsuit against IMDB that the latter won. The bill forces IMDb to comply with requests by the actors featured on its pages to remove information about their age.