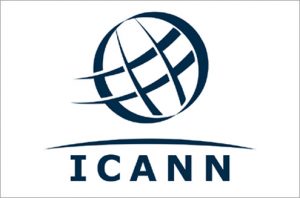 In 1998 both IANA and Inter NIC were reorganized under the control of ICANN, a California non-profit corporation contracted by the United States Department of Commerce to manage a number of Internet-related tasks. The role of operating the DNS system was privatized and opened up to competition, while the central management of name allocations would be awarded on a contract tender basis.

1998 By August 2001, the directory model had begun to give way to search engines, tracking the rise of Google (founded 1998), which had developed new approaches to relevancy ranking. Directory features, while still commonly available, became after-thoughts to search engines.

1998 January 30th The original mandate for ICANN came from the United States government, spanning the presidential administrations of both Bill Clinton and George W. Bush. On January 30, 1998, the National Telecommunications and Information Administration (NTIA), an agency of the U.S. Department of Commerce, issued for comment, “A Proposal to Improve the Technical Management of Internet Names and Addresses.” The proposed rule making, or”Green Paper”, was published in the Federal Register on February 20,1998, providing opportunity for public comment. NTIA received more than 650 comments as of March 23, 1998, when the comment period closed.The Green Paper proposed certain actions designed to privatize the management of Internet names and addresses in a manner that allows for the development of robust competition and facilitates global participation in Internet management. The Green Paper proposed for discussion a variety of issues relating to DNS management including private sector creation of a new not-for-profit corporation (the “newcorporation”) managed by a globally and functionally representative Board of Directors. ICANN was formed in response to this policy. The IANA function currently exists under an agreement with the U.S. Department of Commerce. 1998 The next wave in the evolution of theDNSoccurred in 1998 when the U.S. Department of Commerce published the ‘WhitePaper’. This document outlined the transition of management of domain name systems to private organizations, allowing for increased competition. ICANN and the spirit of the Internet.

1998 That same year, the Internet Corporation for Assigned Names and Numbers was formed. This non-profit, private sector corporation formed by a broad coalition of the Internet’s business, technical, and academic interests worldwide is recognized as the “global consensus entity to coordinate the technical management of the Internet’s domain name system, the allocation of IP address space, the assignment of protocol parameters, and the management of the root server system. “One of ICANN’s primary concerns is to foster a greater spirit of competition within the domain registration industry. Where before there was only a single entity offering registration services, ICANN has now accredited a number of other companies to add to the global domain name database. This is called the Shared Registration System.

1998 September 18th The Internet Corporation for Assigned Names and Numbers (ICANN) is anon-profit corporationheadquartered in Marina del Rey, California,United States, that was created on September 18, 1998, and incorporated on September 30, 1998 to oversee a number of Internet-related tasks previously performed directly on behalf of the U.S. government by other organizations, notably the Internet Assigned Numbers Authority (IANA).

1998 September In September 1998, the Internet Corporation for Assigned Names and Numbers (ICANN) was created to take over the task of managing domain names. After a call for proposals (August 15, 2000) and a brief period of public consultation, ICANN announced on November 16, 2000 its selection of the following seven new TLDs: aero, biz, coop, info,museum, name,pro. October 1998 In October 1998, following pressure from the growing domain name registration business and other interested parties, NSI’s agreement with the United States Department of Commerce was amended. This amendment required the creation of a shared registration system that supported multiple registrars. This system officially commenced service on November 30,1999 under the supervision of Internet Corporation for Assigned Names and Numbers(ICANN), although there had been several tested registrars using the system since March 11, 1999. Sincethen, over 500 registrars have entered the market for domain name registration services.

1999 Until 1999, Network Solutions (NSI) operated the com,net, and org registries. In addition to the functionof domain name registry operator, it was also the sole registrar for these domains. However, several companieshad developed independent registrar services. One such company,NetNames, developed in 1996 the concept of a standalone commercial domain name registration service to sell to the public domain registration and other associated services. This effectively created the retail model into the industry and assigning a wholesale role to the registries. NSI assimilated this model, which ultimately led to the separation of registry and registrar functions.

1999 The original DNS protocol had limited provisions for extension with new features. In 1999, Paul Vixie published in RFC 2671 an extension mechanism, called Extension mechanisms for DNS (EDNS) that introduced optionalprotocol elements without increasing overhead when not in use. This was accomplished through the OPT pseudo-resource record that only exists in wire transmissions of the protocol, but not in any zone files. Initial extensions were also suggested (EDNS0), such as increasing the DNS message size in UDP data grams.