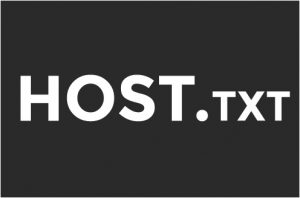 Before 1983 each computer on the network retrieved a file called HOSTS.TXT from a computer at SRI. The HOSTS.TXTfile mapped names to numerical addresses. A host’s file still exists on most modern operating systems by defaultand generally contains a mapping of the IP address 127.0.0.1to “localhost”. Many operating systems use name resolution logic that allows the administrator to configure selection priorities for available name resolution methods.

The hosts file is a computer file used by an operating system to map hostnames to IP addresses. The hosts file is a plain text file, and is conventionally named hosts. Originally, a file named HOSTS.TXT was manually maintained and made available via file sharing by Stanford Research Institute for the ARPANET membership, containing the hostnames and address of hosts as contributed for inclusion by member organizations. The Domain Name System, first described in 1983 and implemented in 1984, automated the publication process and provided instantaneous and dynamic hostname resolution in the rapidly growing network. In modern operating systems, the hosts file remains an alternative name resolution mechanism, configurable often as part of facilities such as the Name Service Switch as either the primary method or as a fallback method.

The ARPANET, the predecessor of the Internet, had no distributed host name database. Each network node maintained its own map of the network nodes as needed and assigned them names that were memorable to the users of the system. There was no method for ensuring that all references to a given node in a network were using the same name, nor was there a way to read the hosts file of another computer to automatically obtain a copy.

The small size of the ARPANET kept the administrative overhead small to maintain an accurate hosts file. Network nodes typically had one address and could have many names. As local area TCP/IP computer networks gained popularity, however, the maintenance of hosts files became a larger burden on system administrators as networks and network nodes were being added to the system with increasing frequency. Standardization efforts, such as the format specification of the file HOSTS.TXT in RFC 952, and distribution protocols, e.g., the hostname server described in RFC 953, helped with these problems, but the centralized and monolithic nature of hosts files eventually necessitated the creation of the distributed Domain Name System (DNS).

On some old systems a file named networks is present that has similar to hosts file functions containing names of networks.

The hosts file is one of several system facilities that assists in addressing network nodes in a computer network. It is a common part of an operating system’s Internet Protocol (IP) implementation, and serves the function of translating human-friendly hostnames into numeric protocol addresses, called IP addresses, that identify and locate a host in an IP network. In some operating systems, the contents of the hosts file is used preferentially to other name resolution methods, such as the Domain Name System (DNS), but many systems implement name service switches, e.g., nsswitch.conf for Linux and Unix, to provide customization. Unlike remote DNS resolvers, the hosts file is under the direct control of the local computer’s administrator.

The hosts file contains lines of text consisting of an IP address in the first text field followed by one or more host names. Each field is separated by white space – tabs are often preferred for historical reasons, but spaces are also used. Comment lines may be included; they are indicated by a hash character (#) in the first position of such lines. Entirely blank lines in the file are ignored. For example, a typical hosts file may contain the following:

This example only contains entries for the loopback addresses of the system and their host names, a typical default content of the hosts file. The example illustrates that an IP address may have multiple host names (localhost and loopback), and that a host name may be mapped to both IPv4 and IPv6 IP addresses.

The hosts file may present an attack vector for malicious software. The file may be modified, for example, by adware, computer viruses, or trojan horse software to redirect traffic from the intended destination to sites hosting malicious or unwanted content. The widespread computer worm Mydoom. Blocked users from visiting sites about computer security and antivirus software and also affected access from the compromised computer to the Microsoft Windows Update website.