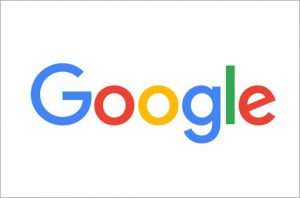 Google joins Internet biggies today in taking over the G.Co domain name, buying the TLD in order to build the official URL shortcut for Google products like GMail, Documents and Photos. While representatives from the .Co registry wouldn’t comment on the specific pricing of the deal, .Co-founder Juan Diego Calle recently told Reuters that in general single letter domains costs more than $1.5 million.

Google says it will use the domain in order to create a shortcut for all its products and services using the format g.co/[XYZproduct/service] and that the domain will be live sometime later in the afternoon today. “You can visit a G.CO shortcut confident you will always end up at a page for a Google product or service,” said Google VP of consumer marketing Gary Briggs in a release.

Run out of Colombia (and with the support of the Colombian government), the .Co domain is hard core targeting itself towards tech companies big and small. Also announced today is the 500 Startups‘ .Co rebranding; the incubator will be moving from 500Startups.com to 500.co this fall. While not as mainstream, the 500 Startups move is probably just as monumental as the Google news, as it give the domain street cred and solidifies that idea that the “Co” in .Co means companies.

Emphasizing this point, 500 Startups co-founder Dave McClure said that he recommends the .Co domain to all his now 150 startups, ” “With .Co, startups can launch businesses and brands on a short, cool, credible domain name — without having to shell out a million bucks to do it.” “CO is quickly becoming the hot new geek TLD in Silicon Valley,” he said.

The .Co domain registry is two days away from the first anniversary of its public launch and most recently hit 1 million registered domains after ten months of existence. Its marketing and advertising push has been aimed at tech companies who have thus far had to settle for a lame mainstream .com domains — i.e. no vowels, weird spelling, etc — or have had to shell out tons of VC cash for the domains that they want. The new enough .Co offers a viable alternative.

“We want to be inspiring people with big dreams and big ideas to do it on a .Co.,” .Co  Director Lori Anne Wardi told me about the registry’s aspirations on the phone earlier, “We want to be a platform for the world’s next great businesses.”