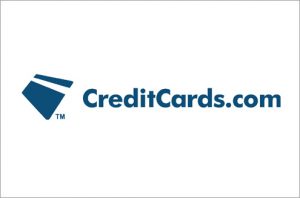 “CreditCards.com, the domain name, has been purchased for $2.75 million by ClickSuccess, L.P., an Austin, Texas-based firm specializing in marketing financial products online. The purchase, announced yesterday (July 20, 2004), represents the fifth highest selling price for a domain name on record.” I have to admit, when I looked at those opening lines from a new press release today I started trying to find out who was behind the joke!

Not because CreditCards.com isn’t worth that kind of money (in fact many experts tell me it was probably worth more), but simply because we haven’t seen that kind of number attached to a pure domain name (no other business assets involved) for several years now. Casino.com was part of a $5.5 million dollar deal last October that included other assets (though that name alone would undoubtedly be in the same league). After consulting with a few people in the know, it soon became evident that this report was for real.

When close to $3 million changes hands for a domain name, it catches everyone’s attention, including the mainstream media, and that should go a long way toward educating buyers about the intrinsic value in high traffic domain names. Indeed, just minutes after I had starting looking into the details of the CreditCards.com sale, MSNBC called our office to get some background information on a story they are running on this purchase and the current boom in the domain market. Reporter Bob Sullivan told me that when the CreditCards.com price was announced in their newsroom everyone said “Well, here we go again!” assuming we were returning to late 90’s domain-bubble madness.

I explained that things are quite different today, with increased advertiser demand for highly targeted traffic producing reliable revenues that can be used to calculate true inherent value for a domain name (just as business revenues can be used to calculate a fair selling price for real world companies). Sullivan found the notion that there is some actual substance behind the pricing this time around to be fascinating and we spent a half hour talking about it. If other news outlets grasp this and accurately relay the message to the general public it can only have a positive impact on an industry that is already enjoying a rosy outlook after years in the briar patch.

There’s no doubt the new owners have a money machine on their hands with CreditCards.com. They have already installed links to virtually every major card offering as well as card comparison tools that should have thousands of regular visitors clicking like crazy, ringing up revenue from click-throughs and new customer conversion fees.