BITNET established merging the networks and creating the Internet 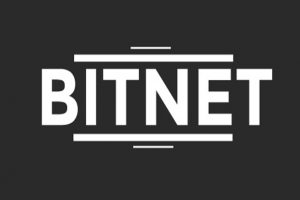 BITNET was a cooperative USA university network founded in 1981 by Ira Fuchs at the City University of New York (CUNY) and Greydon Freeman at Yale University. The first network link was between CUNY and Yale. The requirements for a college or university to join BITNET were simple: Lease a data circuit (phone line) from a site to an existing BITNET node. Buy modems for each end of the data circuit, sending one to the connecting point site. Allow other institutions to connect to a site without chargeback. From a technical point of view, BITNET differed from the Internet in that it was a point-to-point “store and forward” network. That is, email messages and files were transmitted in their entirety from one server to the next until reaching their destination. From this perspective, BITNET was more like Usenet. BITNET came to mean “Because It’s Time Network”, although the original meaning was “Because It’s There Network”. Bitnet’s NJE (Network Job Entry) network protocols, called RSCS, were used for the huge IBM internal network known as VNET. BITNET links originally ran at 9600 baud. The BITNET protocols were eventually ported to non-IBM mainframe operating systems, and became particularly widely implemented under VAX/VMS in addition to DECnet.

At its zenith around 1991, BITNET extended to almost 500 organizations and 3,000 nodes, all educational institutions. It spanned North America (in Canada it was known as NetNorth), Europe (as EARN), India (TIFR) and some Persian Gulf states (as GulfNet).

BITNET was also very popular in other parts of the world, especially in South America, where about 200 nodes were implemented and heavily used in the late 1980s and early 1990s. With the rapid growth of TCP/IP systems and the Internet in the early 1990s, and the rapid abandonment of the base platform (IBM mainframe) for academic purposes, BITNET’s popularity and use diminished quickly. The non-profit, educational policies, however well intended, limited exchange with commercial entities, including IBM itself when it came to assistance and software bug fixes. This became a particular problem on heterogeneous networks when trying to communicate assistance with graphical workstation vendors like Silicon Graphics.

BITNET featured email and the LISTSERV software, but predated the World Wide Web, the common use of FTP, and Gopher. It also supported interactive transmission of files and messages to other users. A gateway service called TRICKLE enabled users to request files from Internet FTP servers in 64Kb UUencoded chunks. The Interchat Relay Network, popularly known as Bitnet Relay, was the network’s instant messaging feature. Bitnet’s first electronic magazine, VM/COM, began as a University of Maine newsletter and surfaced broadly in early 1984. Two email newsletters that began as Bitnet newsletters in the fall of 1987 are known to still be transmitting. They are the Electronic Air and SCUP Email News (formerly SCUP Bitnet News). In 1984, a text-based BITNET game called MAD became the first global Multi-User Dungeon (MUD).

Players connected from the USA, Europe or Israel to a single server running in France. In 1996, CREN ended their support for BITNET. The individual nodes were free to keep their phone lines up as long as they wished, but as nodes dropped out, the network splintered into parts that were inaccessible from each other. As of 2007, BITNET has essentially ceased operation. However, a successor, BITNET II, which transmits information via the Internet using BITNET protocols, still has some users.