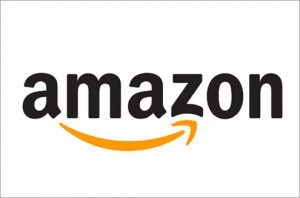 Amazon has separate retail websites for the United States, the United Kingdom and Ireland, France, Canada, Germany, Italy, Spain, Netherlands, Australia, Brazil, Japan, China, India and Mexico. Amazon also offers international shipping to certain other countries for some of its products. In 2016, Dutch and Polish language versions of the German Amazon website were launched.

In 2015, Amazon surpassed Walmart as the most valuable retailer in the United States by market capitalization, and is, as of 2016 Q3, the fourth most valuable public company.

The company was founded in 1994, spurred by what Amazon founder Jeff Bezos called his “regret minimization framework,” which described his efforts to fend off any regrets for not participating sooner in the Internet business boom during that time. In 1994, Bezos left his employment as vice-president of D. E. Shaw & Co., a Wall Street firm, and moved to Seattle. He began to work on a business plan for what would eventually become Amazon.com.

Jeff Bezos incorporated the company as “Cadabra” on July 5, 1994. Bezos changed the name to Amazon a year later after a lawyer misheard its original name as “cadaver”. In September 1994, Bezos purchased the URL Relentless.com and briefly considered naming his online store Relentless, but friends told him the name sounded a bit sinister. The domain is still owned by Bezos and still redirects to the retailer. The company went online as Amazon.com in 1995.

Bezos selected the name Amazon by looking through the dictionary, and settled on “Amazon” because it was a place that was “exotic and different” just as he planned for his store to be; the Amazon river, he noted was by far the “biggest” river in the world, and he planned to make his store the biggest in the world. Bezos placed a premium on his head start in building a brand, telling a reporter, “There’s nothing about our model that can’t be copied over time. But you know, McDonald’s got copied. And it still built a huge, multibillion-dollar company. A lot of it comes down to the brand name. Brand names are more important online than they are in the physical world.” Additionally, a name beginning with “A” was preferential due to the probability it would occur at the top of any list that was alphabetized.

Since June 19, 2000, Amazon’s logotype has featured a curved arrow leading from A to Z, representing that the company carries every product from A to Z, with the arrow shaped like a smile.

After reading a report about the future of the Internet that projected annual Web commerce growth at 2,300%, Bezos created a list of 20 products that could be marketed online. He narrowed the list to what he felt were the five most promising products which included: compact discs, computer hardware, computer software, videos, and books. Bezos finally decided that his new business would sell books online, due to the large worldwide demand for literature, the low price points for books, along with the huge number of titles available in print. Amazon was originally founded in Bezos’ garage in Bellevue, Washington.

The company began as an online bookstore, an idea spurred off with discussion with John Ingram of Ingram Book (now called Ingram Content Group), along with Keyur Patel who still holds a stake in Amazon. Amazon was able to access books at wholesale from Ingram. In the first two months of business, Amazon sold to all 50 states and over 45 countries. Within two months, Amazon’s sales were up to $20,000/week. While the largest brick and mortar bookstores and mail order catalogs might offer 200,000 titles, an online bookstore could “carry” several times more, since it would have a practically unlimited virtual (not actual) warehouse: those of the actual product makers/suppliers.

Amazon was incorporated in 1994, in the state of Washington. In July 1995, the company began service and sold its first book on Amazon.com: Douglas Hofstadter’s Fluid Concepts and Creative Analogies: Computer Models of the Fundamental Mechanisms of Thought. In October 1995, the company announced itself to the public. In 1996, it was reincorporated in Delaware. Amazon issued its initial public offering of stock on May 15, 1997, trading under the NASDAQ stock exchange symbol AMZN, at a price of US$18.00 per share ($1.50 after three stock splits in the late 1990s).

Amazon’s initial business plan was unusual; it did not expect to make a profit for four to five years. This “slow” growth caused stockholders to complain about the company not reaching profitability fast enough to justify investing in, or to even survive in the long-term. When the dot-com bubble burst at the start of the 21st century, destroying many e-companies in the process, Amazon survived and grew on past the bubble burst to become a huge player in online sales. It finally turned its first profit in the fourth quarter of 2001: $5 million (i.e., 1¢ per share), on revenues of more than $1 billion. This profit margin, though extremely modest, proved to skeptics that Bezos’ unconventional business model could succeed. In 1999, Time magazine named Bezos the Person of the Year, recognizing the company’s success in popularizing online shopping.

Barnes & Noble sued Amazon on May 12, 1997, alleging that Amazon’s claim to be “the world’s largest bookstore” was false. Barnes and Noble asserted, “[It] isn’t a bookstore at all. It’s a book broker.” The suit was later settled out of court, and Amazon continued to make the same claim. Walmart sued Amazon on October 16, 1998, alleging that Amazon had stolen Walmart’s trade secrets by hiring former Walmart executives. Although this suit was also settled out of court, it caused Amazon to implement internal restrictions and the reassignment of the former Walmart executives.

Amazon.com announced on October 11, 2016 that they are planning to build convenience stores and develop curbside pickup locations for food.

The domain amazon.com attracted at least 615 million visitors annually by 2008. Amazon attracts over 130 million customers to its US website per month by the start of 2016. The company has also invested heavily on a massive amount of server capacity for its website, especially to handle the excessive traffic during the December Christmas holiday season.

Amazon’s localized storefronts, which differ in selection and prices, are differentiated by top-level domain and country code.

Customer Relationship Management (CRM) and Information Management (IM) support Amazon’s business strategy. The core technology that keeps Amazon running is Linux-based. As of 2005, Amazon had the world’s three largest Linux databases, with capacities of 7.8 TB, 18.5 TB, and 24.7 TB. The central data warehouse of Amazon is made of 28 Hewlett Packard Enterprise servers with four CPUs per node running Oracle database software. Amazon’s technology architecture handles millions of back-end operations every day, as well as queries from more than half a million third-party sellers. With hundreds of thousands of people sending their credit card numbers to Amazon’s servers every day, security becomes a major concern. Amazon employs Netscape Secure Commerce Server using the Secure Socket Layer protocol which stores all credit card details in a separate database. The company also records data on customer buyer behavior which enables them to offer or recommend to an individual specific item, or bundles of items based upon preferences demonstrated through purchases or items visited.

On January 31, 2013 Amazon experienced an outage that lasted approximately 49 minutes, leaving its site inaccessible to some customers.

On May 5, 2014 Amazon unveiled a partnership with Twitter. Twitter users can link their accounts to an Amazon account and automatically add items to their shopping carts by responding to any tweet with an Amazon product link bearing the hashtag #AmazonCart. This allows customers to never leave their Twitter feed, and the product is waiting for them when they go to the Amazon website.

Amazon employs a multi-level e-commerce strategy. Amazon started off by focusing on Business-to-Consumer relationships between itself and its customers, and Business-to-Business relationships between itself and its suppliers but it then moved to incorporate Customer-to-Business transactions as it realized the value of customer reviews as part of the product descriptions. It now also facilitates customer to customer with the provision of the Amazon marketplace which act as an intermediary to facilitate consumer to consumer transactions. The company lets almost anyone sell almost anything using its platform. In addition to an affiliate program that lets anybody post Amazon links and earn a commission on click-through sales, there is now a program which lets those affiliates build entire websites based on Amazon’s platform.

Some other large e-commerce sellers use Amazon to sell their products in addition to selling them through their own websites. The sales are processed through Amazon.com and end up at individual sellers for processing and order fulfillment and Amazon leases space for these retailers. Small sellers of used and new goods go to Amazon Marketplace to offer goods at a fixed price. Amazon also employs the use of drop shippers or meta sellers. These are members or entities that advertise goods on Amazon who order these goods direct from other competing websites but usually from other Amazon members. These meta sellers may have millions of products listed, have large transaction numbers and are grouped alongside other less prolific members giving them credibility as just someone who has been in business for a long time. Markup is anywhere from 50% to 100% and sometimes more, these sellers maintain that items are in stock when the opposite is true. As Amazon increases their dominance in the marketplace these drop shippers have become more and more commonplace in recent years.

On 2 February 2016, General Growth Properties’ CEO, Sandeep Mathrani, during a year-end conference call with investors, analysts and reporters mentioned that Amazon plans to roll out 300 to 400 bookstores around the country. This was an unconfirmed comment, however, due to the source, a media frenzy ensued. In November 2015, Amazon opened its first physical bookstore location. It is aptly named, Amazon Books and is located in University Village in Seattle. The store is 5,500 square feet and prices for all products match those on its website.